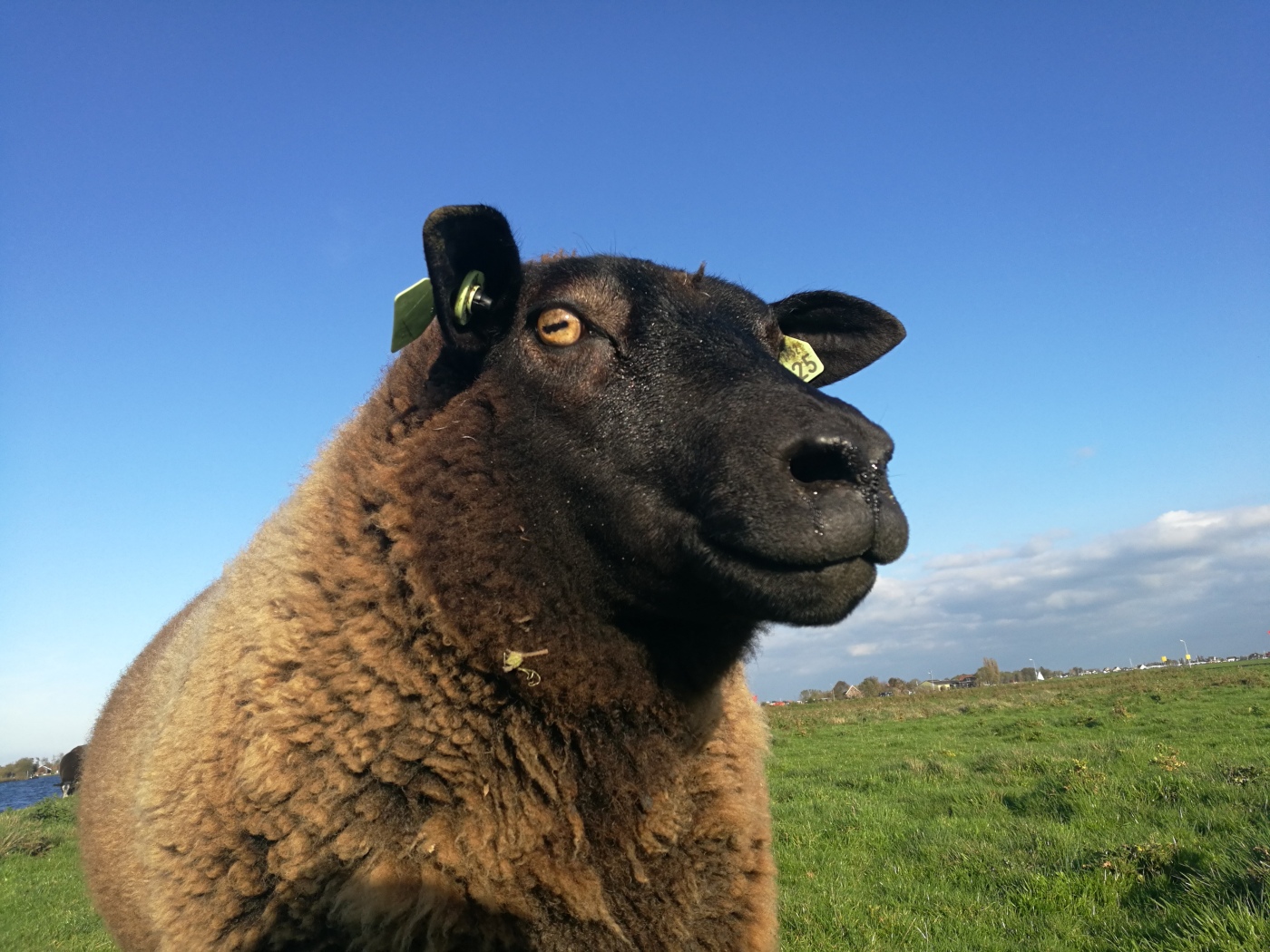 A few years ago I went to Istanbul with the ERASMUS+ study programme. That semester was one of the best times of my life – you travel, party, discover yourself and the world, devour inspiration from history and the nature. I thought that my second Erasmus should be something different that it should be about studying in a different environment. Dumb idea, when I think of it now. Erasmus should at least be for enjoying life, shouldn’t it.

My destination was the Netherlands. The university among the top 1% of the world. It promised to be an educating journey.

Soon I realized that it’s a baaaaad idea to choose a destination based on university, at least for me. The town, Leiden, was tiny with nearly no history. I missed grande buildings, ruins, authentic untouched nature, obstacles and struggles in daily life and initiating difficult conversations easily. Slowly and with torment an idea hit me like food poisoning: the Netherlands is Boring.

There was shitloads to study and transport was expensive. I felt glad I wasn’t in Switzerland instead, and sad it wasn’t as cheap as Turkey. Whenever there was desire to do something with someone, the planning took about two weeks, because someone had to study more and more. There was so much to study that there were homeworks for every week. It was a success if you could keep in track with your mandatory literature. There was no time to read extra for fun. I felt busy like a goat or a hamster in a wheel. I was proud that I finished half of the books in the summer. For the other half, I was glad I didn’t fail any exams. Used to having free education here in Estonia, it was a nightmare that all books had to be bought, none available in the libraries. Most of these books were  weighing about a kilo a piece and cost around 70 eur. I recommended book piracy sites to some friends and felt accomplished. FTS, f the system.

However, that uni has so many opportunities. If you want to achieve something academically, seriously, go to Leiden, of course, if your interests match their course selection. Profs were pretty smart, the amount of research done per year is near to how much junk a factory in China is capable of producing in an hour. That is, shitloads. There are tons of chances to be a guinea pig in some research and get paid for it. Experiments vary from decision making and brain scans to testing new malaria vaccines. I believe they paid over a 1k eur for the latter, but who’d play with their health for a quick buck.

The lectures… I didn’t understand why did they need to have a break every 45 minutes. Always. That means, if you had lectures in different buildings following each other – good luck with dreaming of a 30 minute lunch break. Good if you made it on time to the next lecture. The sad fate of short lectures is a lack of proper discussions. I missed them like a starving kid misses bread, provided he ever tasted it. Comments or questions – “come after the lecture!” – Fuck you, maybe I wanted to hear a fellow student’s thoughts, maybe someone else wanted to hear me scrutinize that theory? Lack of time to discuss made sense if the lectures had nearly 400 students in.

That problem had a solution, they thought. Work groups with up to 25students in class. Sounded good, that yes, some discussions finally. Nope. Mostly discussed homeworks there and often the homeworks weren’t matching the course content. One of them, however, was a real gem. I finally felt that my struggle in a pool empty of passionate intelligent life forms (read: discussions) finally had it’s reward. Sadly we had them on three occasions only.

Comparison time. Tallinn university. Lo and behold, luxury lectures: discuss how much you like! Get to the core of things! There is time for that, and for actually getting to understand things, read more books besides chewing through lecture slides as classic. Of course, in Leiden they record all lectures, so all of those thousands who missed their classes could watch at home. It’s convenient if you misunderstood stuff or if your flight was cancelled because Amsterdam airport lacks sufficient know how and equipment to deal with expected snowstorms. Disappointment. The lectures were interesting in itself, but i wished to participate more actively.

The other huge bonus was the sport centre – all sports you can imagine, super cheap. Dances, random weird shit like aerial acrobatics, basketball and pole fitness, and, badumm tss, martial arts. I listened to the bell ringing in my head, joined Ju-Jutsu, and now even if i can’t kick your butt, I can somewhat at least save my own. And instead of half a push up I manage 10 with ease now. 5 months and such improvements. I’m proud.

My story is long and crappy. The conclusion is simple: don’t go to the Netherlands. Goat chees and waffles are nice, you’ll gain a few muscles biking all over the place, but damn, it’s boring. Suffering for five months trying to reach deep conversations but failing nearly every time is not worth getting free money from Europe. Go to Spain or Finland or something, party in big cities in the midst of ancient ruins. Live in a slumm or a tent, but, yeah, not the Netherlands. There ain’t no forest, no bear, no authenticity. Everything is man-made.

However, when you’re younger than 22, you like student unions, alcohol, and you have tons of cash to pull out, perhaps you can enjoy staying there. 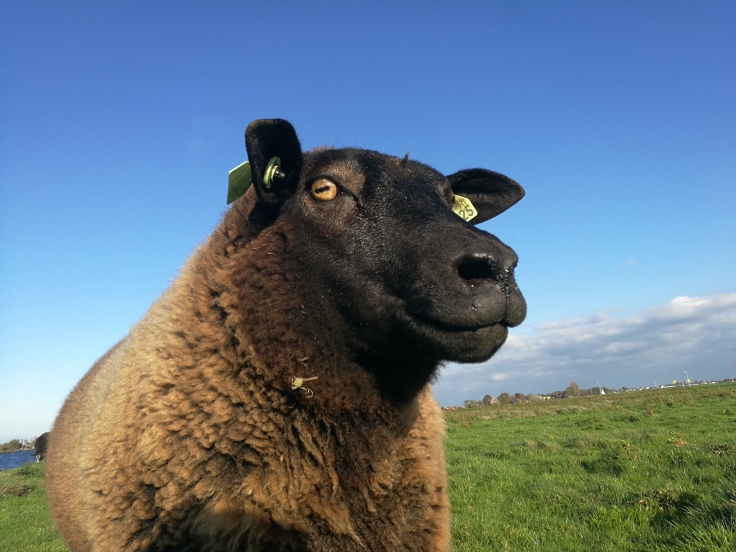 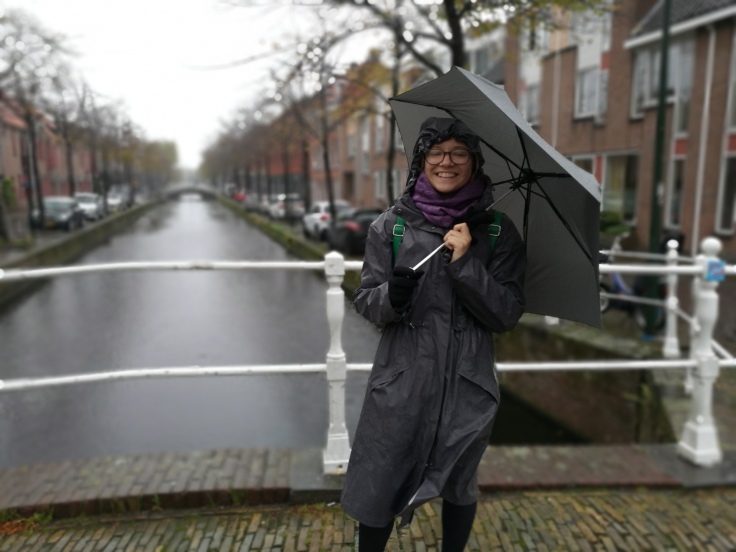 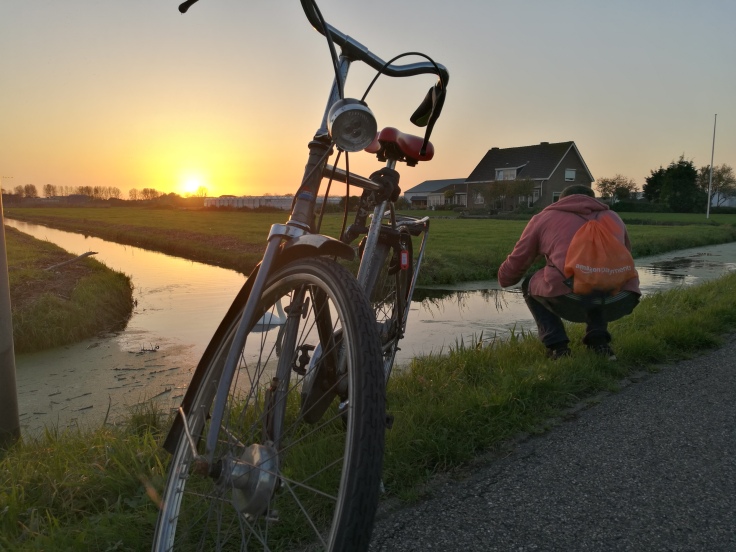 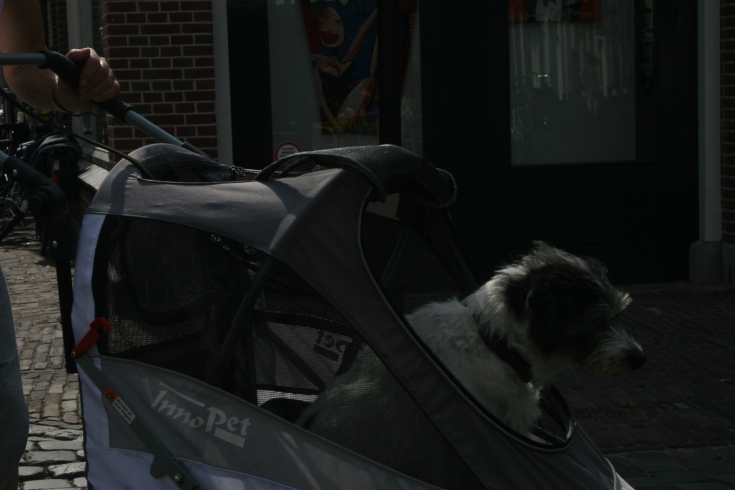 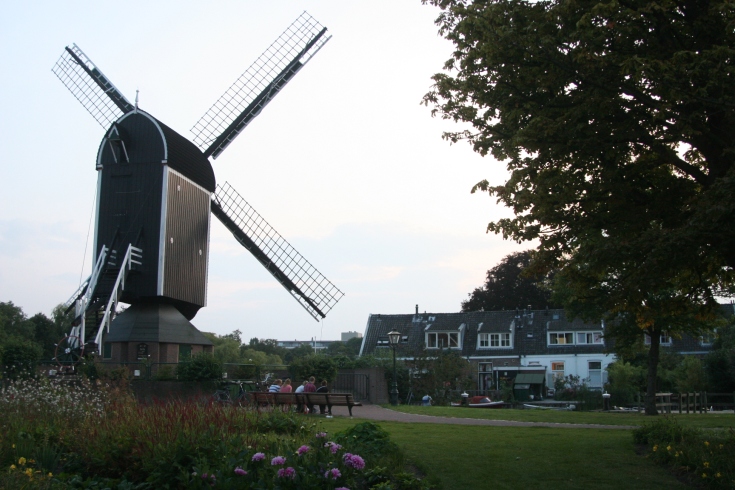 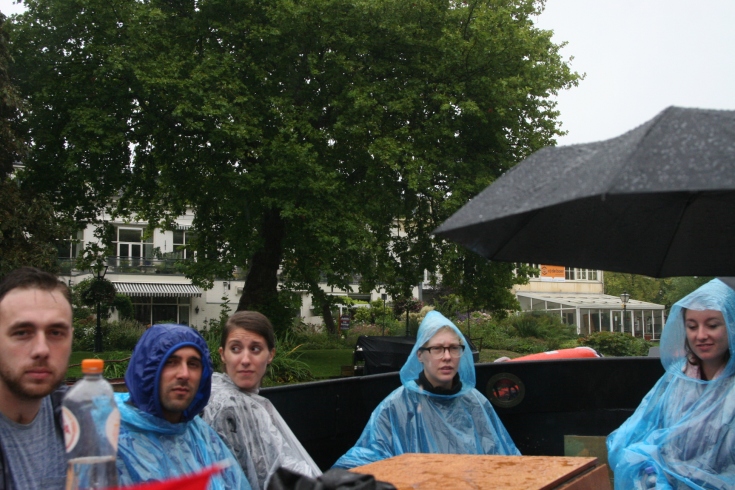 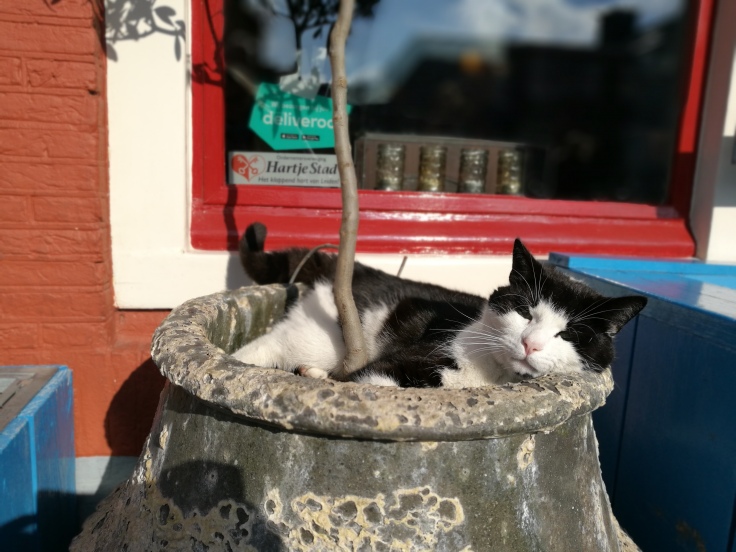 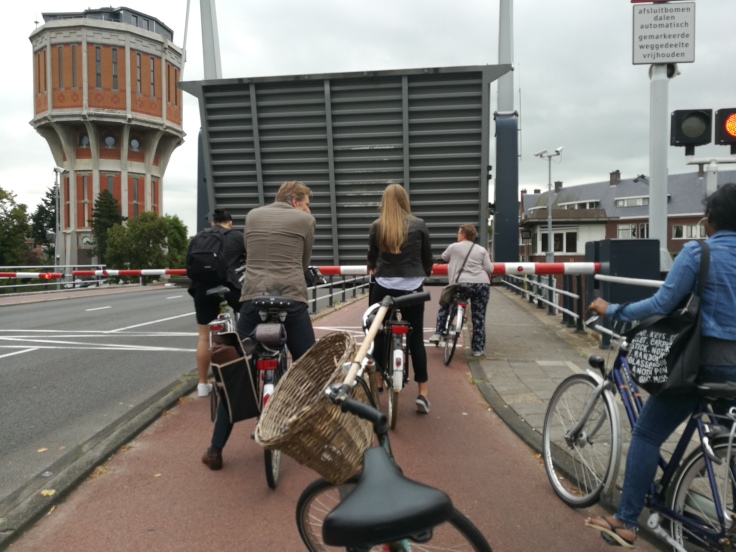 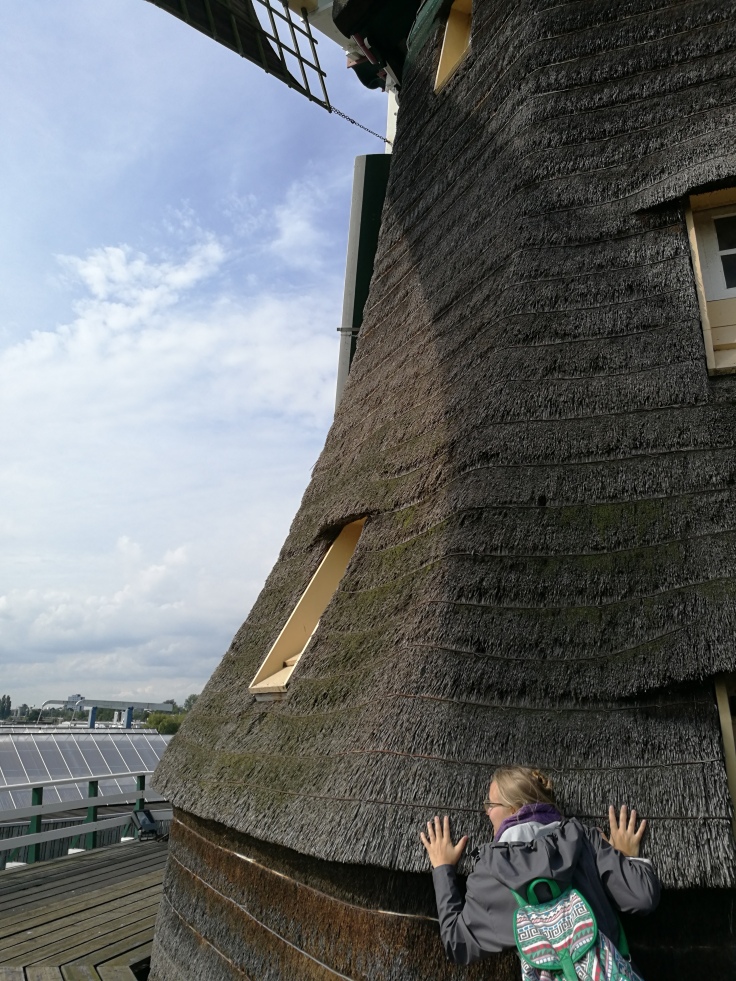 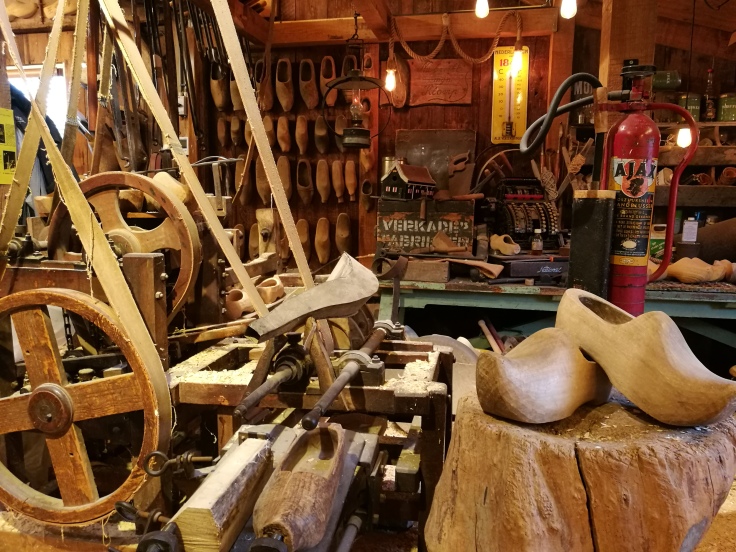 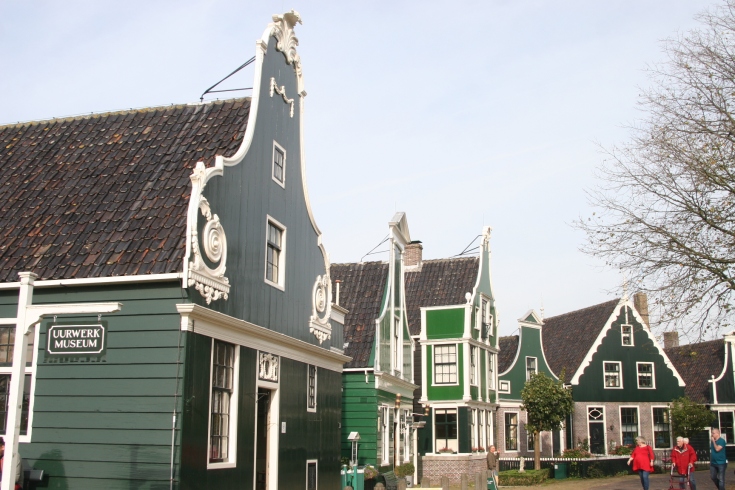 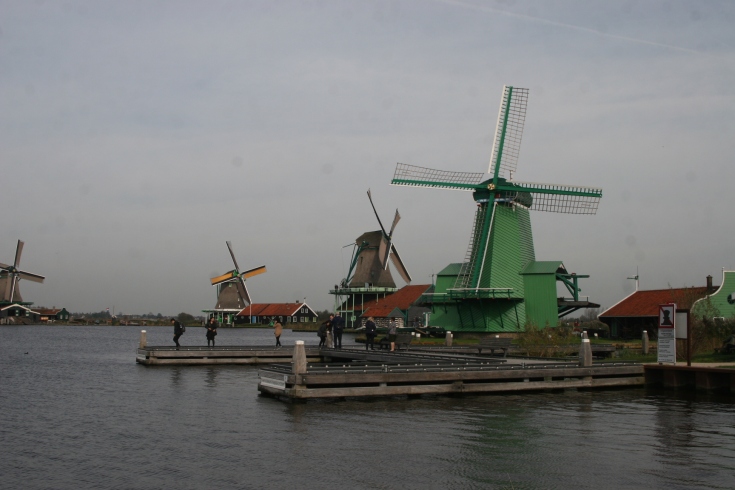 One thought on “One hundred minutes of rain per day”